Hard to see what many people have to celebrate in the signing of a treaty that opened up the Alabama Territory for settlement. The topic will be the subject of a Thursday event at the Department of Archives and History:


The signing of the Treaty of Fort Jackson at the end of the Creek War of 1813-1814 paved the way for thousands of emigrants to settle in what was once Creek Indian territory. This month, Dr. Tom Kanon will discuss this historic treaty and how it resulted in "Alabama Fever," an unprecedented migration to the early frontier, that brought with it a dramatic increase in slavery and the eventual removal of the region's Native Americans. 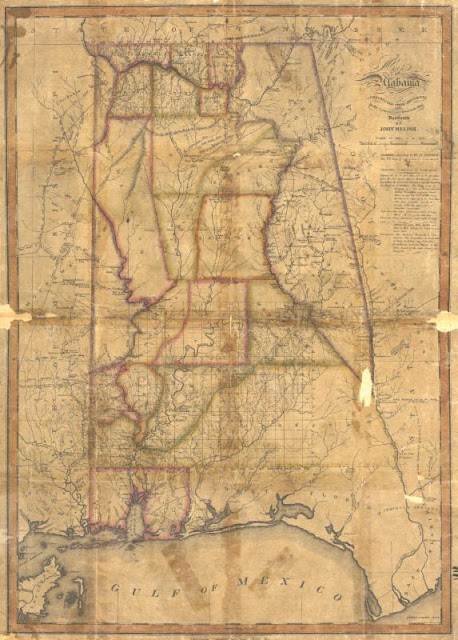 FOOD FOR THOUGHT PRESENTATION ON MAY 18 AT NOON.
"ALABAMA FEVER IN THE WAKE OF THE TREATY OF FORT JACKSON"
PRESENTED BY TOM KANON
More information HERE.
Posted by Tim Lennox at 7:31 PM