Burial Today of One of The Last Tuskegee Airman 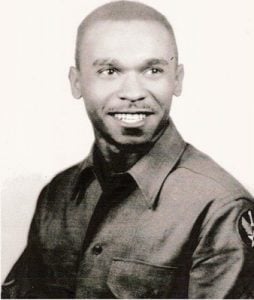 (Leslie) Edwards was drafted into the Air Force in World War II and assigned to the 477th Bombardment Group. He was the Flight Chief of Flight A in the 617th Bomb Squadron, responsible for the flight readiness of five B 25 medium Bombers, according to the National Air & Space Museum.
Edward’s daughter, Imogene Bowers, said that her father never spoke of his time in the military. In fact, she didn’t even know anything about it until she was 50 years old.
“He did not allow any of the focus to be on him. Even when you talked about the Tuskegee Airmen, he never necessarily talked about his experience.” Bowers said. “He talked about what the Tuskegee Airmen did for the world.”


Edwards will be buried today at the First Unitarian Church in Cincinnati.
SOURCE: American Military News.

Watch a Department of Defense interview with him HERE.
Posted by Tim Lennox at 1:00 AM