75th Anniversary of one of the worst weather disasters in Montgomery, Alabama History. Feb. 12, 1945. 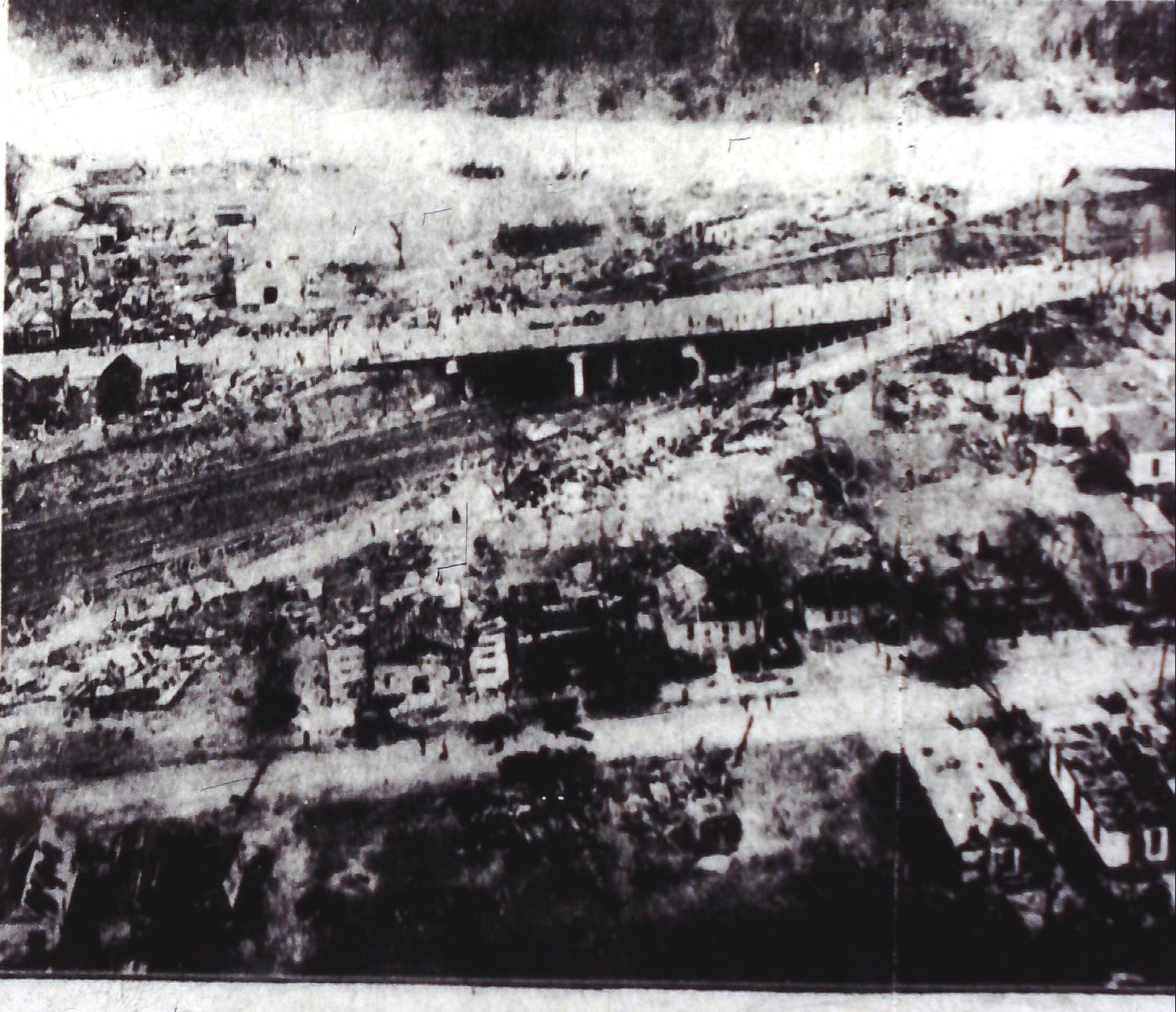 The Storms hit on February 12, 1945, 5:18pm, about 10 minutes before sunset.
(AP)
“Montgomery alone counted its dead at 26, and its injured at nearly 300. Two government warehouses were leveled. In Chisholm, a cotton mill community, 35 homes were demolished and many others damaged in a 20-block area.  Worst hit was a crescent shaped area on the southern and western outskirts of Montgomery, Ala., where more than 50 boxcars of a freight train were ripped and tossed about like match boxes.
After a tour of the Montgomery area Gov. CHAUNCEY SPARKS of Alabama ordered three companies of the State Guard into action to prevent looting.
Montgomery hospitals, jammed with the injured, were handicapped by a lack of lighting. The entire capital city was without electricity for several hours. Telephone service was disrupted.
A baby was born at one hospital only a few minutes before the lights came back on.
One of the Montgomery dead was MRS. EDGAR BROWN, a resident of the Chisholm community, whose husband had just arrived home on a furlough from the Army.
Maxwell Field at Montgomery escaped damage but was plunged into darkness for several hours.
The State Guard distributed cots at vacant buildings to provide temporary shelter.
Fifteen of the Montgomery dead were Negroes. State patrolmen removed the bodies of six Negroes from one house.
The Montgomery storm, which came on the heels of a day long downpour of rain, struck first in the area of the Army’s huge holding and reconsignment point and leveled two of the six warehouses there.
It sliced a path of destruction through the western edge of the city and hit with new fury at Chisholm, near Kilby Prison.
As news of the tornado spread to the city, curious and anxious residents flocked to the scene by the thousands and traffic congestion blocked the roads at some places.
Law enforcement officers and military police from Maxwell and Gunter Fields, however, soon cleared the streets.
Gas escaping from broken mains threatened further devastation but no serious fires were reported.
Cadets from the two air bases were pressed into service to help clear away the debris and the Red Cross, Salvation Army and civilian defense agencies helped care for the injured and homeless.”