A Baptist Schism? Alabama Pastor is a player. 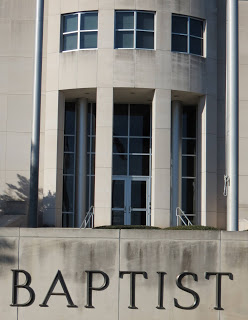 From a New York Times article about the contentious Southern Baptist Convention meeting that begins next week in Nashville:

"The most high-profile vote at the meeting will be the election of a new president, a race whose leading candidates are Mike Stone, a Georgia pastor who is the favorite of many conservatives, including Mr. Nelson and Mr. Jolly; Ed Litton* an Alabama pastor who has largely avoided culture war battles and has the support of the denomination’s first Black president; and Albert Mohler Jr., a lion of the denomination who helped usher in a conservative revolution decades ago and is now in the awkward position of being labeled a moderate “compromise candidate.” Mr. Stone, a onetime underdog, is considered a serious contender.

No matter which side emerges triumphant from the meeting next week, a schism looms."

*I added this link to the Times story.