The Huntsville-managed SLS in one piece! 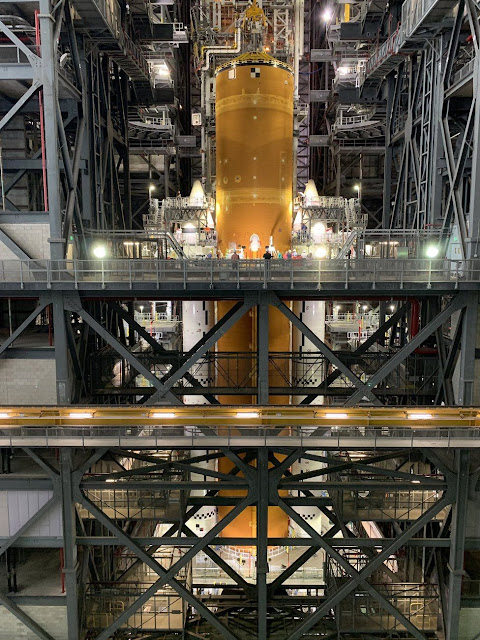 The "core" stage of the SLS is fitted between two other smaller stages.

Together they measure 212 feet tall, larger than the Statue of Liberty (off its pedestal).

It happened on Friday, setting up the first (without anyone aboard) test flight later this year. 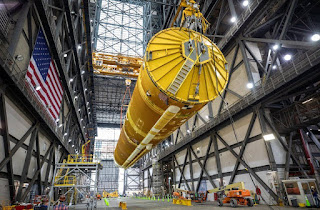 The Huntsville (Alabama) Operations Support Center has been a critical part of the entire development and building of the rocket that will return astronauts to the Moon and beyond. 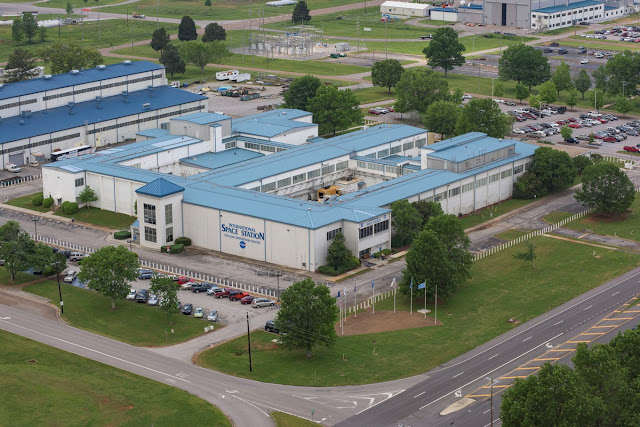 The cost of the rocket so far?