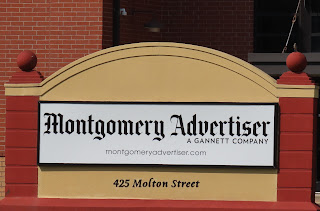 (NOTE: The Montgomery Advertiser is owned by Gannett.)

"New York (CNN Business)The NewsGuild, a labor union that represents thousands of journalists, is investigating the workplace culture of US newspaper conglomerate Gannett (GCI), starting with the issue of unpaid overtime work.

NewsGuild President Jon Schleuss sent a letter to Gannett CEO Mike Reed last Friday about the union's plan to launch an investigation and requested the company do the same. The union also called on Gannett, which owns USA Today and more than 260 local publications including The Arizona Republic, the Detroit Free Press and The Indianapolis Star, to agree to other labor protections proposed in the ongoing union bargaining taking place in some of its newsrooms."