The Money Fight in D.C.

There are some parts of the big spending bills under consideration that impact Alabama, incluidng a proposed extension of I-85 Westward that would provided much needed transit corridor through Montgomery and Demopolis

But another part that caught my attention is in West Virginia. Read this part of a N.Y. Times story: 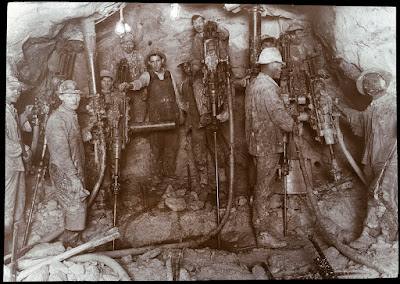 "The legislation maintains an existing program that helps clean up abandoned coal mines, providing $11.3 billion for states like West Virginia for their continued restoration to protect communities nearby. At least 140,355 acres of land in West Virginia require cleanup that would cost nearly $2 billion to address, according to an estimate provided by Mr. Manchin’s office.

The state would also receive funding to address so-called orphan wells, or abandoned oil and gas wells that risk leaking toxic emissions and pollution into water. There are at least 4,646 documented wells in West Virginia."

Uh, any thought to going to court to sue the original owners of those wells? Senator Manchin? Senator?