I Told You So.....The Kay Ivey Confederate Protection Law Comes to Our "Rescue"! 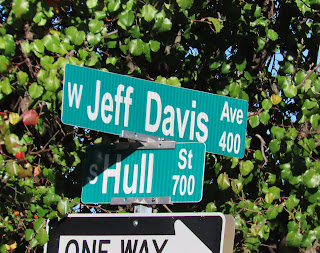 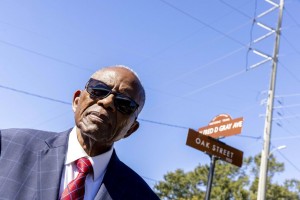 Fred Gray poses with the street renamed in his honor at the Fred D. Gray Avenue dedication ceremony, Tuesday, Oct. 26, 2021, in Montgomery, Ala. The civil-rights attorney was honored with his name on the road previously known as W. Jeff Davis Avenue. (AP Photo/Vasha Hunt)

The Alabama attorney general’s office sent a letter to Montgomery officials saying the city must pay $25,000 for violating a 2017 state law protecting Confederate monuments and other longstanding memorials.

Gray, who is now 90 years old but still practices law, grew up on the street, which intersects Rosa Parks Avenue, creating a physical connection to the two national civil rights leaders.

Montgomery Mayor Steven Reed said changing the name was the right thing to do. Reed said donors have offered to pay the fine for the city. He said they are also considering taking the matter to court.

(Copyright 2021 The Associated Press contributed to this report. All rights reserved. This material may not be published, broadcast, rewritten or redistributed without permission.)