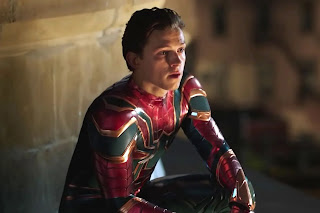 From a Hyundai news release about one of their vehicles "starring" in the new Spider-man movie:

‘Spider-Man: No Way Home’ is the first film from the Hyundai-Sony strategic partnership, with additional marketing schemes to support future films in 2022."

I wondered about the use of the word schemes in a news release promoting a product. I've always considered the word somewhat negative, as referenced in this posting from Merriam-Webster:

"For the antedating of the week we will turn away from the world of politics, and focus instead on political shenanigans. The word scheme was pulled from the quiver of many a political journalist and headline writer this week, after a pair of men claimed to have evidence of past sexual misconduct by Robert Mueller. There appears to be widespread skepticism regarding the veracity of these claims.

Special counsel Robert Mueller has asked the FBI to investigate an alleged scheme to manufacture sexual assault stories about him.
— Politico (politico.com), 30 Oct. 2018

We define this sense of scheme as “a plan or program of action; especially, a crafty or secret one.” However, the word has a significant number of other meanings, including “a graphic sketch or outline,” “a design,” and “a mathematical or astronomical diagram.” The oldest known meaning of the word, now obsolete, is “a figure of speech,” and our earliest evidence for this had been from 1553. However, recent findings have pushed this date back to 1540."

Still, I would avoid using the word when it can be misinterpreted.