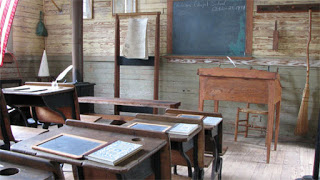 So what happened to the great success of the PRE-K reading program?

"Earlier this year, National Institute for Early Education Research ranked Alabama’s First Class Pre-K program as the top state-funded prekindergarten program in the United States for the 14th year in a row – and it’s no accident. The state has targeted some of the poorest counties in the state – especially those in the Black Belt. And according to the latest in a series of issue briefs on the region from the University of Alabama’s Education Policy Center, these strategies have worked."

“Alabama’s First-Class Pre-K program is a shining success,” said Stephen Katsinas, director of the Education Policy Center and one of the brief’s authors. “[There have been] good policies by our legislative leadership and Governor Ivey to provide the stable, sustained funding so strong programs can make a difference. Stable, sustainable funding is critical to closing achievement gaps.”

Are new black belt children in Kindergarten doing well, only to fail a few years later?