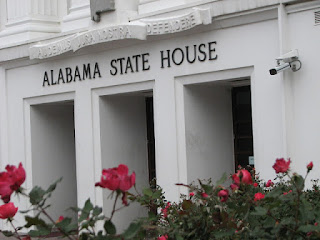 Legislators are in a special session to consider how to use the money allocated to Alabama by The American Rescue Plan legislation.

The State has already received some 500-Million from the plan. But the Alabama Congressional delegation, U.S. House and U.S. Senate, voted against it, with one exception.

Just remember that vote when those federal dollars are used here in Alabama.

And will someone ask Republican Governor Ivey about it please?

Her comment so far? She blames Congress & The White House:

“While states like Alabama are making record economic comebacks, Congress and the Biden White House are wanting our country to spend more and more federal dollars, (THOUGH YOU COULD JUST RETURN THE MONEY!) and now we are tasked with allocating the American Rescue Plan Act funds. I have made clear, that unlike Washington, D.C.,(WHICH PROVIDED THE MONEY!) Alabama will be wise with these one-time, federal dollars."