"I am here to tell you that the Alabama Republican Party is proud to support and encourage minorities, and I am looking forward to introducing the public to such an outstanding group of public servants and activists," said ALGOP Chairman John Wahl."

Yet it was an all-white, and almost all-male ALAGOP leadership announcing the party's "standing tall"agenda for the Legislative Session. 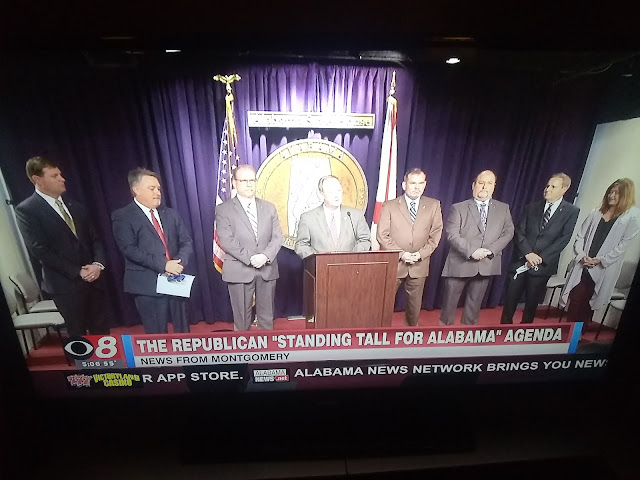 As of the 2020 election, the National Republican Party was 90% white, and I would be surprised if, in Alabama, the percentage is not even higher!

Barbara Walter, a political scientist at the University of California, San Diego, and author of "How Civil Wars Start: And How to Stop Them", says:

“By the 2020 elections, 90% of the Republican party was now white....if we were to see that in another multiethnic, multi-religious country which is based on a two-party system, this is what we would call a super faction, and a super faction is particularly dangerous.”

(From a story in The Guardian.)