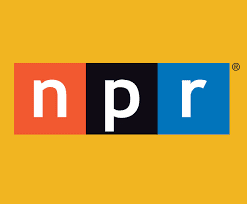 "The interview was six years in the making. Trump and his team have repeatedly declined interviews with NPR until Tuesday, when he called in from his home in Florida. It was scheduled for 15 minutes, but lasted just over nine."

READ a transcript or listen to the tape HERE.

The Washington Post hailed the interview, and NPR, this Friday Morning:

Although noncombative in tone, it still managed to give listeners an accurate picture of the subject matter: Trump’s insistence on promoting an evidence-free and thoroughly debunked argument that the 2020 election was rigged and that he should have been granted a second term as the rightful winner.

Inskeep and NPR demonstrated that they were fully aware of how damaging such fabrications can be — and that they are unwilling to hand a big megaphone to that “big lie.”