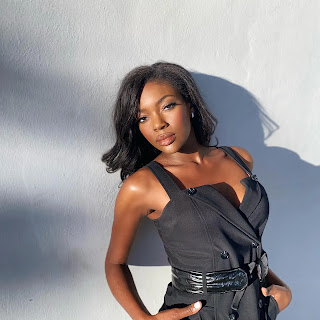 I think I have developed a pretty good nose for news over the fifty years I've been in broadcast news business.

So why is the accidental death of the 2021 Miss Alabama not being reported by the Alabama news media?

“On Friday, February 18, 2022, at approximately 5:30AM Eastern time in Miami, Florida, our beloved Zoe Sozo Bethel passed from this life into the next as a result of succumbing to her injuries,” they wrote.

Bethel’s passing came four days after the family had confirmed that she’d been in an accident, writing: “Zoe had an accident Thursday night, February 10th, & sustained severe damage to her brain/brainstem & is in a coma.”

“Unfortunately the doctors are saying the damage cannot be repaired & that she may not have much time left,” they added. To cover the Alabama native’s medical and other expenses, the family created a GoFundMe page, which has raised over $40,000 at the time of writing.

What am I missing?

Is there some question about the story? If so I can't find it. And why the lack of detail about the accident that killed her.

UPDATE: Insider.com has some details in this story today.

Conservative personality and Miss Alabama Zoe Sozo Bethel died after she fell out of a third-story window, police say

"The conservative media personality Zoe Sozo Bethel, who was last year crowned Miss Alabama for America Strong, died days after she fell out of the window of a three-story building, the Miami Police Department told Insider on Tuesday.

Police told Insider they responded to a "possible suicide attempt" on February 11 at 12 a.m. The woman, identified as 27-year-old Bethel, was transported to the Jackson Memorial Hospital "in critical condition," the statement said.

A week later, on Friday, Bethel died, and her cause of death was "blunt force trauma," police said. Her manner of death was ruled "accidental" by the Miami-Dade Medical Examiner, according to the police statement.

"This was a tragic accident, and no foul play is suspected," the statement said.

The Miami-Dade County Medical Examiner's Office did not respond to Insider's request for comment."