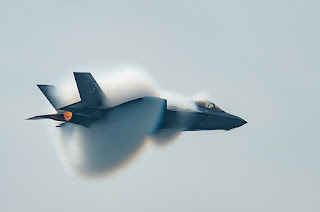 As the date for the arrival of F-35 fighter jets for the Alabama Air National Guard approaches, the Air Force has grounded all of the planes over an issue with their ejection seats.

The Air Force Times is among those reporting the decision:

"The U.S. military discovered a problem with the ejection seats used across its F-35 Joint Strike Fighter fleet in April, but waited three months to ground those aircraft flown by the Air Force, Navy and Marine Corps to fully investigate the issue, multiple sources told Air Force Times Friday.

Officials initially saw the problem as a potentially isolated incident. But an ongoing investigation sourced the issue to the production line, prompting waves of temporary stand-downs this week."

A squadron of F35's is due to arrive in Montgomery in 2023 as part of the Air National Guard force here.