The first round of the Preserving Black Churches grant program enables grantees not only to address real and urgent preservation threats such as deferred maintenance and demolition, but also strengthens their ability to steward, interpret, and fund these invaluable places and the people they serve.

This Action Fund gift—its largest to date—helps ensure that historic Black Churches continue to drive change in our society. Learn more about the 2023 grantees below and find the full press release here. 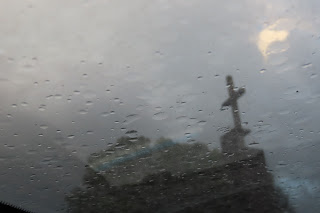 Dating from 1852, Old Ship AME Zion Church is the oldest Black congregation in Montgomery. It has hosted luminaries such as Frederick Douglass and U.S. presidents and was instrumental to the Montgomery Bus Boycott. The grant will be used to repair and restore the building exteriors and roof, helping this nationally significant site safely continue its operations and remain a center for religious, cultural, and educational life in its community.

Internationally recognized for its role in advancing civil rights in the United States with buildings designed by African American architect Wallace Rayfield, the 16th Street Baptist Church has strategically planned for the restoration of the historic church and parsonage for several years now. This grant will establish a new endowment that supports the long-term maintenance and restoration of the 16th Street Baptist Church’s historic assets in the future.

Designed and built by church members in 1919, Shiloh Missionary Baptist Church intersected with national history when some of its members were recruited to participate in the Tuskegee Syphilis Study. This grant will help Shiloh assess and repair the building to ensure parishioners' safety without compromising the original building's aesthetics.

One of the first Black architects in the United States, Wallace A. Rayfield designed Birmingham's Old Sardis Baptist Church, which later became the birthplace of the Alabama Christian Movement for Human Rights. The grant will fund a historic structures report to help guide future restoration efforts at this active house of worship and community hub.