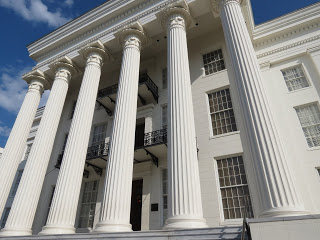 The day commemorates when the slaves in Galveston, TX, were read the Emancipation Proclamation, an executive order issued by President Abraham Lincoln on Sep. 22, 1862, banning slavery in Confederate states."

Here's what I suggest Alabama should do:

Eliminate one of the confederate holidays and replace the day with the new Federal holiday.

You heard it here first.

UPDATE: The Governor has declared today---Friday 6-18-21--- a state holiday in line with the federal holiday. The Legislature will have to act in the next session to make that a permanent state holiday.