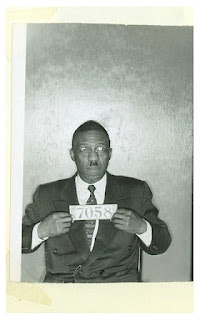 Mug shot of Dr. Moses W. Jones, M.D., taken after his arrest on February 21, 1956 for his role in the Montgomery Bus Boycott.

"Montgomery officials indicted 89 boycott leaders, including King, for violating Alabama’s 1921 anti-boycott law. King’s trial, State of Alabama v. M. L. King, Jr., held 19–22 March, ended with his conviction, but no one else was brought to trial."

(Among those who testified during the trial was my friend, the late Rev. Robert Graetz.) 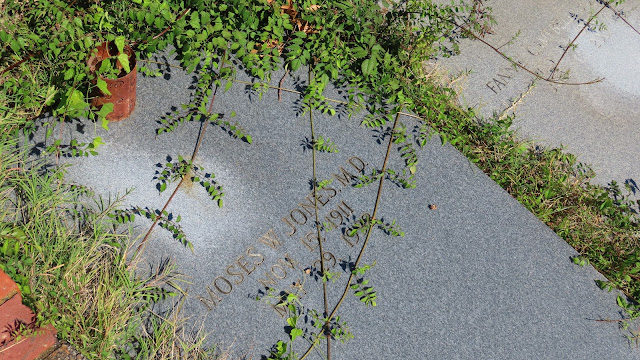 I stumbled across Dr. Jones grave during a recent visit to Oakwood Cemetery in Montgomery.

He was elected as second Vice President of the Montgomery Improvement Association (MIA) on December 5, 1955 after the arrest of Rosa Parks. Rev. Martin Luther King, Jr, was elected President.