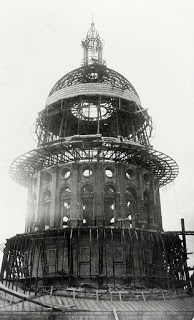 As expected, all but one of the nine-members of the Alabama Congressional delegation want to overturn Roe v Wade.

The only exception is the only Democrat and the only member capable of giving birth. Rep. Terri Sewell.

The remainder of the delegation is made up of white male Republicans.

In all, 228 Republican members of Congress have signed on to legislation that a CNN story describes like this:

"The new brief is the latest filing in a dispute that will be heard next term and represents the most significant abortion-related case the justices have taken up in nearly a half a century. The 6-3 conservative court, bolstered by three of former President Donald Trump's appointees, could gut, or invalidate court precedent, and that's what the GOP lawmakers are calling for."

The full CNN story is HERE.