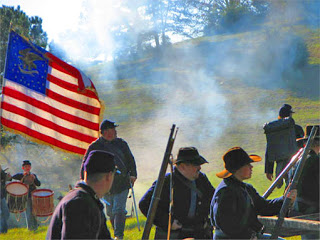 Documentary maker Ken Burns, speaking about the political divide in the U.S. to The Independent:

“It’s really serious. There are three great crises before this: the Civil War, the Depression, and World War II. This is equal to it,” Mr Burns replied.

Mr Burns referenced a speech by Abraham Lincoln in 1838 about whether the United States would be crushed by some trans-Atlantic military giant, in which the future president said: 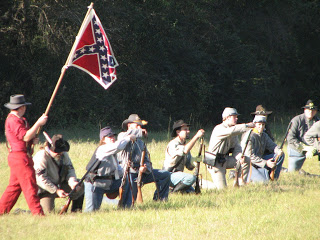 “Never. All the armies of Europe, Asia and Africa could not by force take a drink from the Ohio River or make a track on the Blue Ridge in the trial of a thousand years. No, if destruction be our lot we must ourselves be its author and finisher. As a nation of free men, we will live forever or die by suicide.”

“And we’re, you know, we’re looking right down the muzzle of that gun,” Mr Burns said.
Posted by Tim Lennox at 7:29 PM