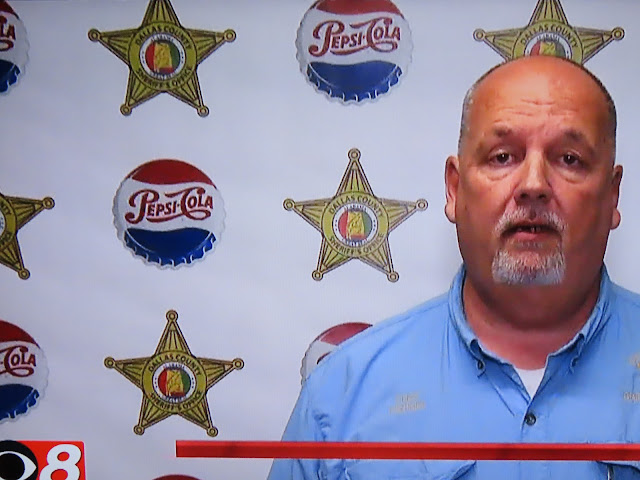 Is the Dallas County, Alabama Sheriff's Office really working with Pepsi to promote the crimes with which they are charging people?

Sure, I've seen similar backgrounds...mostly in sports or entertainment events, but not in news conferences in which people are being charged with crimes that would result in them being executed!

How much is Pepsi paying the S.O. for the exposure?

Is the Dallas County S.O. so hard up for income they need to raise funds this way?

Is Pepsi siding with the allegations by the Dallas County S.O., or is that the downside of the exposure Pepsi is getting?