"Elizabeth Jennings now sits in the history books among other African American women who have been punished for simply trying to get to where they were going. Sojourner Truth had her shoulder blade broken when she attempted to board a “whites only” street car in D.C. Harriet Tubman was thrown into a New Jersey railroad baggage car. After Jennings, Rosa Parks, Claudette Colvin, and others continued to fight for equal transit rights by refusing to give up their seats." 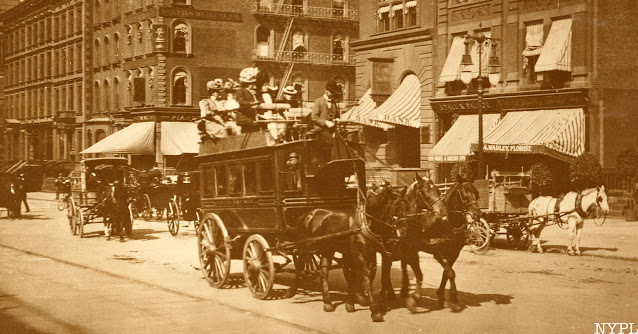 Read the entire story of Elizabeth Jennings being prevented from riding in a white's only streetcar in NYC in 1854 HERE.