We don't know if it will have the traditional green themed roof-line, but a new Retirement Systems of Alabama skyscraper is reaching skyward at the corner of High Street and Jackson Street.

It will be RSA's 9th Class A office building, many of them in Montgomery. 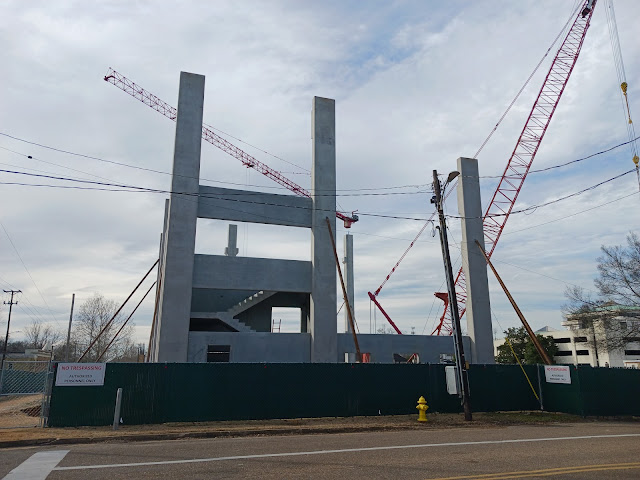 R.S.A. says it has owned the vacant property for a couple of decades, and described the project as a "Class A office building with parking facilities".

"These improvements should benefit the surrounding areas with streetscape improvements and increased foot traffic. RSA does not own the historic buildings on the other side of S. Jackson Street, including what is commonly referred to as the Harris House and the Martin Luther King Jr. House, and has no plans to negatively impact these buildings.”

RSA had built and/or operated office buildings for many years, including their largest, in New York City. You can see their holdings HERE.