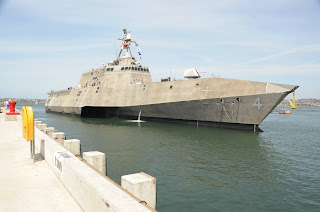 Does the latest U.S. Navy ship to bear the city's name have  a future? Perhaps not. There is active talk about selling it, and other Littoral Combat Ships, to Allied navies.

"The Department of the Navy’s first long-range shipbuilding plan in three years proposes multiple fleet procurement schemes for the Navy and forecasts the service decommissioning two Independence-class Littoral Combat Ships in the coming years, according to the document.

The Fiscal Year 2023 30-year shipbuilding plan, obtained by USNI News, shows the Navy decommissioning two Independence-class LCS – USS Jackson (LCS-6) and USS Montgomery (LCS-8) – in FY 2024. Jackson entered the fleet in 2015, while Montgomery was commissioned in 2016. Both ships were built by Austal USA."

More about the USS Montgomery HERE.

How old is the ship?

23 June 2016: The Navy accepted delivery of future USS Montgomery (LCS 8) during a ceremony at the Austal USA shipyard. 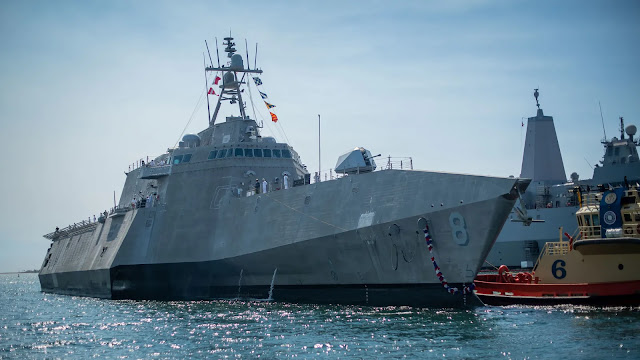